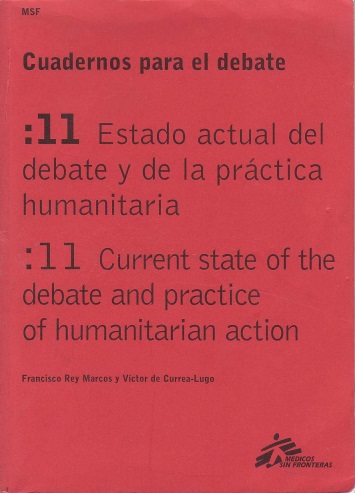 Modern humanitarian action has been the object of arguments, debates and dilemmas since its origin. If at some early stage they were questions on the role of International Humanitarian Law (IHL) as ‘legitimator’ of war, or on the role of independent bodies such as the International Committee of the Red Cross (ICRC) firstly, and on other non-governmental organizations with respect to States.

After this, other subjects have since been incorporated. Similarly, in successive decades new questions have been at the heart of the debate, such as the debate on neutrality, advocacy, the use of force in humanitarian action (HA), the relation of humanitarian work with other areas such as human rights or development, amongst others, these being questions mostly stemming from the difficulty of humanitarian practice and from the challenges that this sets humanitarian organisations and which perhaps make up a setting in which humanitarian work appears as something complex, full of unknowns and confused when the reality is that the motivation and basic concepts that give humanitarian action its origin are clearer.

You can read the full book here: Book Humanitarian debate