We all use the law, even if only to denigrate it; we haven’t thrown it into the waste paper basket yet, and if we have we still look at it wanting to take it out again and put it on the shelf next to the books, even if we are not sure whether to put it in the science section or the fiction section.

In any case, the interesting thing is that in the war everyone is making use of the areas of law. The Ukrainian side talks rightly of the occupation being carried out by Russia. And notions like international humanitarian law, the protection of refugees, human rights, the right to resist, are appearing in political discourse.

Supposing, just supposing, that we are all in agreement that international law is relevant in all this or that we accept, at least for the moment, that its areas are valid for political debate. If that is so, some friends, whom I love dearly, are going to find themselves annoyed by this article.

Let’s look then at the right to war, at law in wartime, at genocide, at crimes against civilians, at the use of banned weapons and so on. Let’s start by remembering that we have recognised as an international community, whatever that is, that war is prohibited but that the right to international military action exists and that it can only be authorised by the United Nations, more specifically by the Security Council. 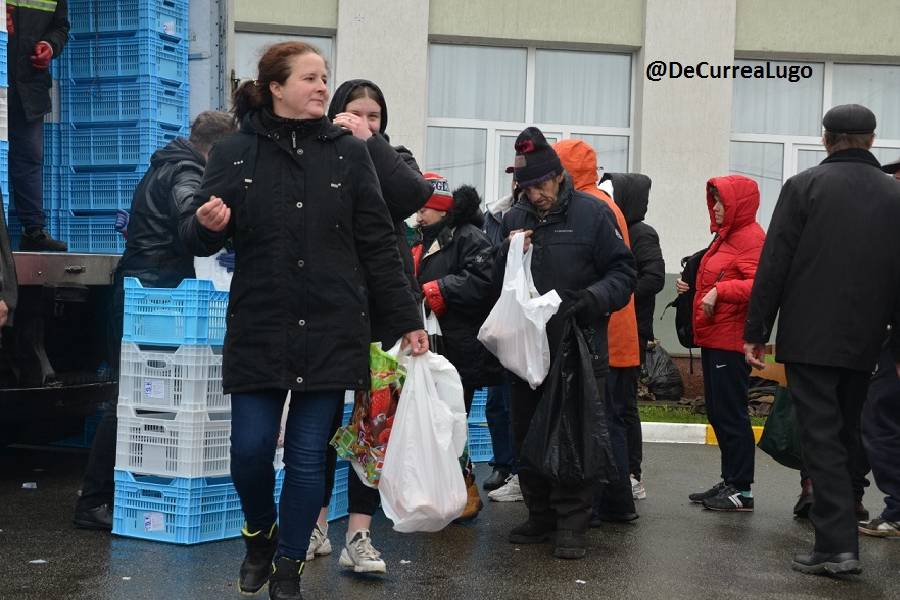 In addition, within the war areas are established which we could call valid along with limits to the said areas. For example, the crime of aggression is not a legitimate defence, legally speaking. That is to say, taking up arms and attacking another country is a crime.

The crime of aggression

However, none of the above makes any less serious the fact that on 24th February 2022, Russia decided to invade Ukraine. We can even refer to the occupation as a “special military operation” or whatever we want to call it, or resort to other arguments as Saddam Hussein did when he invaded Kuwait saying that it was part of his territory, as the United States did saying that there were weapons of mass destruction in Iraq, as Somalia did saying that it simply wanted to defend its own population and regain its grandeur as Greater Somalia.

Irrespective of any other argument, reason or excuse that is employed, what is certain is that we have before us a crime of aggression in the form of a military occupation by the Russian Federation.

What we cannot do is talk about good occupations and bad occupations. It would be impossible for us to claim the defence of sovereignty in, for example, Venezuela, but applaud the break-up of Ukrainian sovereignty.

The right of resistance

As a counterweight to aggression, the right of resistance exists, we defended it (at least I did) when the French resistance dug in to fight against the Nazi occupation not only in Paris but throughout France.

If we are coherent and without making fair or unfair judgements about victims, “innocent or guilty” civilian populations, as some often do, but recognising that they are simply a people with a right to resist, as in the case of Palestine. Inevitably, for simple coherence we have to accept, though some do not want to, that the Ukrainians have the right to resist. Regardless of whether they are the good guys or the bad guys, regardless of other considerations or of the nuances and other things that people want to attribute to them.

There is no doubt that war crimes are being committed and I say that not because I have the certainty of one who has seen them close-up but because, knowing human nature, I find it improbable that such crimes have not been committed. 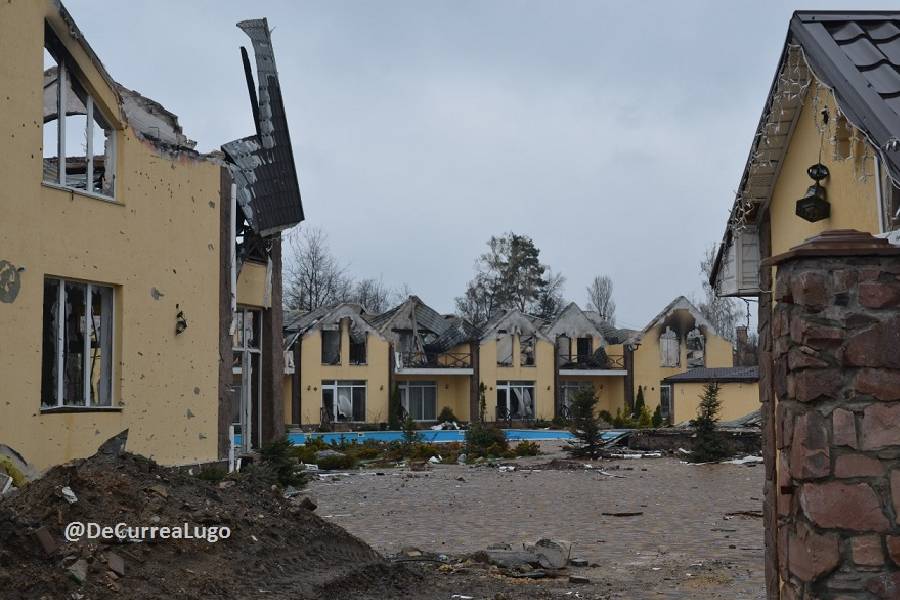 There are reports of attacks on civilians, attacks on medical complexes, sexual violence, forced displacement and many of the practices explicitly prohibited by international rules.

Now, the fact that one side has committed war crimes does not mean that the other side is less responsible. And the fact that one side has committed more war crimes than the other does not absolve them either. The interesting point is the urgent need for international oversight, for NGOs, humanitarian workers, courts, observers, peace activists and anyone who can and wants to make the truth known. The problem is that in law there are areas, but international law “doesn’t have legs” to go to the regions of the country. International humanitarian law (IHL) is an instrument for people and they are the ones who decide what to do with it.

The violation of human rights by Russian troops in Chechnya does not allow us to think that their actions in Ukraine will be any different. In the same way, the restrictions imposed by Moscow both on humanitarian aid and on the international press lead one to think that the same dynamic is likely to be occurring in the Donbas region, in eastern Ukraine. 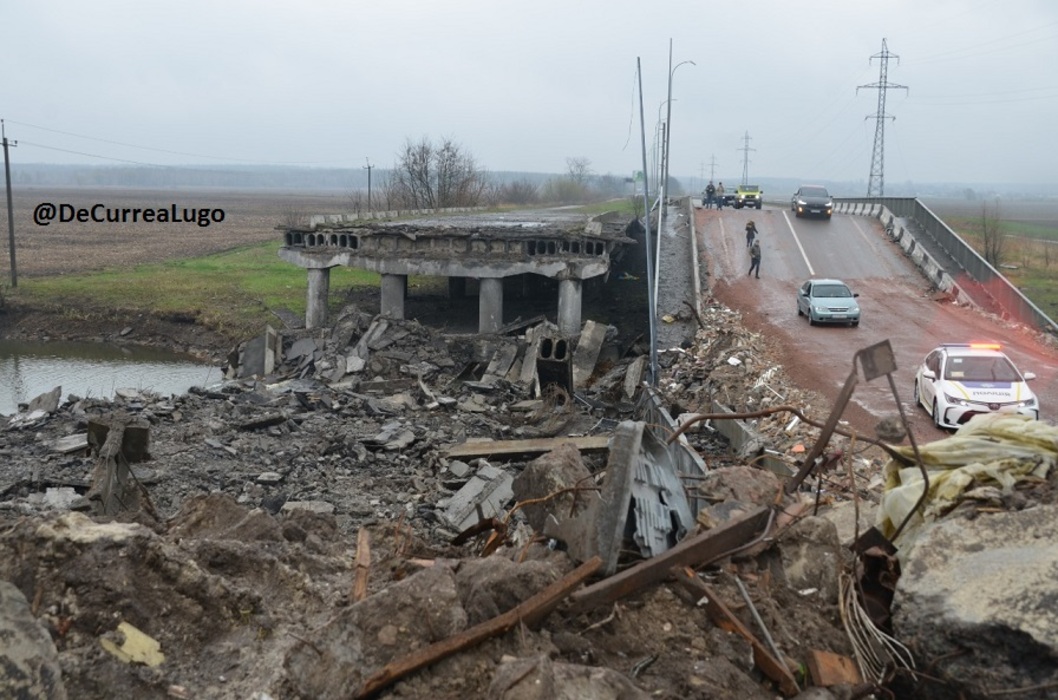 Of course, it cannot be supposed that no crimes are committed by Ukrainian troops or that they are just isolated cases. For example, according to the New York Times, Ukraine has used cluster bombs. In such a case, the acquisition of these munitions is not the fruit of an individual’s will but of state policy.

This is one of the most overused words in law and in war, for several reasons, firstly through ignorance of the definition and the attempt to convert every massacre into genocide, secondly because the world is now so accustomed to hearing about war crimes that it seems it is only stirred if genocide is talked about.

Putin used this word to define the type of practices carried out by the government of Ukraine in the eastern part of the country, just as Joe Biden used it to refer to the Russian occupation that is underway. What is more, some countries, like Spain and Poland, have adopted the same definition in the face of the massacre in Bucha, on the outskirts of Kyiv.

This word is delicate, but we use it with almost total impunity and we will end up eroding its meaning or, worse still, without it generating the international action needed to check its application in a given context. 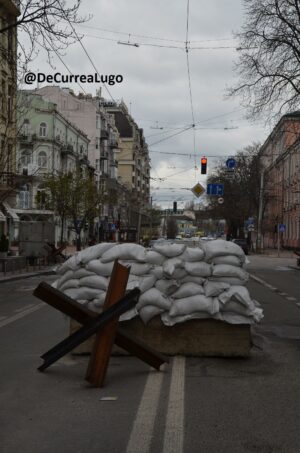 The world, for example, did not do very much about the genocides in Rwanda and Darfur, despite knowing about them. Another problem, although it is not a legal matter I cannot resist mentioning it now, is that of comparisons. Every time one says something related to the situation in the west of Ukraine one is told to go to the east, but in the east the same could be said. Every time one mentions the Russian aggression, one is confronted with a list of aggressions by the United States, as though perhaps a victim’s pain could be relieved by listing victims in Afghanistan or Syria.

No, it is not a mater of a mad race to try to cast the lesser evil as the victim. That is not how the law works. There is a selfishness of victimisation but there is, worse still, a legal selfishness with which the law is applied, not even by the victor, but in line with those people I like.

We are not looking at victor’s justice about which much has already been written, but about instrumental use, in which the law ceases to be the law to become a weapon to be thrown. This failure of the universality of law is another of the collateral triumphs of relativism and of the post-modernism so applauded by polarised societies.

Of course the real sin is different: it is believing that the world is regulated by relations between equals, something which is not true. The world is a fight between empires for whom international law is not made.

Originally published in The Prisma

Webinar: The Colombian Peace Agreement: Where Are We Today?

A 100-day coma: will Duque bury or resuscitate peace talks with...

Ukraine and the shadow of NATO