When talking about wars they say a lot about the military, less about political and sometimes very little about the human issues. Already millions of people have fled due to the Russian aggression that has now been going on for more than 50 days. The general feeling reflected in these interviews is that they didn’t expect the Russian attack.

Before leaving for the frontier between Romania and Ukraine, I interviewed another family who had taken refuge in Bucharest. Due to the prohibition against men leaving the country, for military reasons, the great majority of refugees are women, travelling with their children.

In the west of the country, everyone agrees that on the day the war started, the 24th of February, they couldn’t even understand the news, veering between denial and shock. They were not convinced that a Russian attack was inevitable. While for some of those who lived in the east of the country the war had already begun eight years before.

One of them interrupted to explain that “we didn’t want to believe that this was possible”. Then the chaos began. “We had seven minutes, only seven minutes, to collect some things and escape running”, because they lived close to a military installation.

I sometimes repeat the same questions to get different points of view, but persecution for linguistic reasons is not mentioned, at least not among those I interviewed: but what does appear is annoyance at the Russian arrogance towards Ukrainians, a feeling mentioned as much by the young people as the old. One of the women, almost intuiting the question, said to me: “I speak Russian with a Ukrainian soul”. And she points out that many young people from her region are bilingual.

Talking to other people, they tell me that since nationalism has been growing, using Russian is viewed badly. In fact, there are posters linking the Russian language to the current occupation. 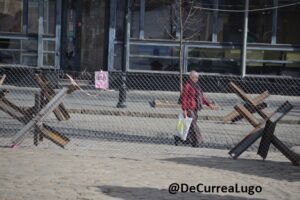 The political tensions had an important tipping point in 2014. According to several people I talked to, it is from that year that nationalism took off, and political propaganda and nationalism have persisted. What is certain is that the present war has been cooking for years.

The antecedent factors include the Russian centralism experienced during the soviet period, Ukraine’s search for an independent political path starting in the 1990s, the accumulated disillusion with the failures of previous governments, the desire of a sector of Ukraine to join the European Union and NATO, the demonstrations in 2014, and of course, Russian foreign policy. Each one of these issues has, in turn, many ramifications, but simplistic thinking leads us to reduce the whole complex debate to a Russian invasion (which is clear, but not as simple as it sounds) and a supposedly disinterested solidarity by the world in general and by Europe in particular, with the Ukrainian people.

In those first days of the attacks, the queues for fuel for cars stretched for kilometres. Supermarkets and pharmacies began to run out of stock. Those who waited a few days longer lied to themselves, saying one day after another: “At best the war will be over tomorrow”.

They acknowledge that they didn’t expect to live through what they had seen in the news about other wars.

One of the grandmothers decided to stay, explaining what we have heard during other conflicts: the small things that give meaning to their lives are there. “Here is my garden and my cats”.

Another person described how she had put her important belongings on the floor so she could see what to grab: documents, diplomas, medicines, phones and chargers, and clothes.

When they arrived in Romania, they realised the seriousness of the war. They cried for two weeks, and now they say, they make plans that change every day.

They jump from one thing to another. One of them explains: “we are proud that we produce food and not arms. We don’t export wars, we export food”.

That explains the food shortages that are affecting countries that are already in crisis, like Syria, Yemen and Palestine, regions that import wheat from Russia and Ukraine.

While the Romanians have been discriminated against in Spain and other parts of Europe, now they are showing all their power of solidarity since 700,000 Ukrainians have arrived in their country. Romanians have experienced discrimination especially, because the first people who migrated from there were Gypsies, who have had a long history of being enslaved, for which the Orthodox Church was responsible.

Estefania is one of the Romanian volunteers who is helping them; there are people from many professions who have rallied round to offer a hand. She tells me that the Romanians and the Ukrainians were like those people who are neighbours in the same building but didn’t speak to each other: we know they are there but that is all. Now the Romanians are showing all their solidarity. 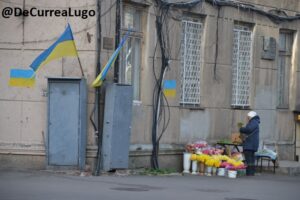 To discover that neighbour has its own magic. A group of refugees organized days of thanks for the hospitality of the city of Bucharest, they cleaned the public parks, as a way to give back part of what they received. A novel way to say thanks.

At the frontier crossing, a woman with two children tells me that her heart is split because she left her mother in Ukraine, while she took the children out of the country to protect them.

Some families have continued west, to other countries in the region such as Germany and Austria, while others are going even further, including to Spain. Families travel with dogs and cats, even hamsters. One woman told me: “If they want to help, they will help accepting me as I am and with the things I have”. At the border crossing of Isaccea, a French gendarme tells me about a man who tried to leave with a lion and a wolf.

I was reluctant to believe it, until he showed me a video that one of his colleagues had sent him.

A woman almost in tears, tells me that her Russian friends do not believe her when she talks about her tragedies: “that’s all propaganda”, they reply. One of them went further: “my twin sister who lives in Russia, does not believe me when I say there have been bombardments”. 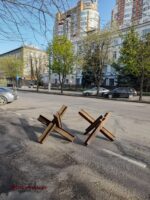 It is difficult to know what is happening, because there are versions to suit all tastes, and there is too much propaganda amongst them. I don’t know if the same is happening in the east of the country when people talk about the Ukrainian army attacking in the Donbass region.

The first few kilometres are through rural countryside, where you don’t feel the war. I can barely make out a few local words. A bit later on the way to Odessa, the small bus I travelled in along with 15 other people was stopped at various military checkpoints. Each time there was the ritual laughter when some people said goodbye to the soldiers in Russian and others in Ukrainian.

We arrive in Odessa, and they ask us to hurry to the house because there is a curfew. Once I have found my place, I can hear a siren in the distance. I still don’t understand why there are enough ‘isms’ to justify wars, but the garden and the cats are not enough [reason] for someone to stay, who has lived their whole life in the city. 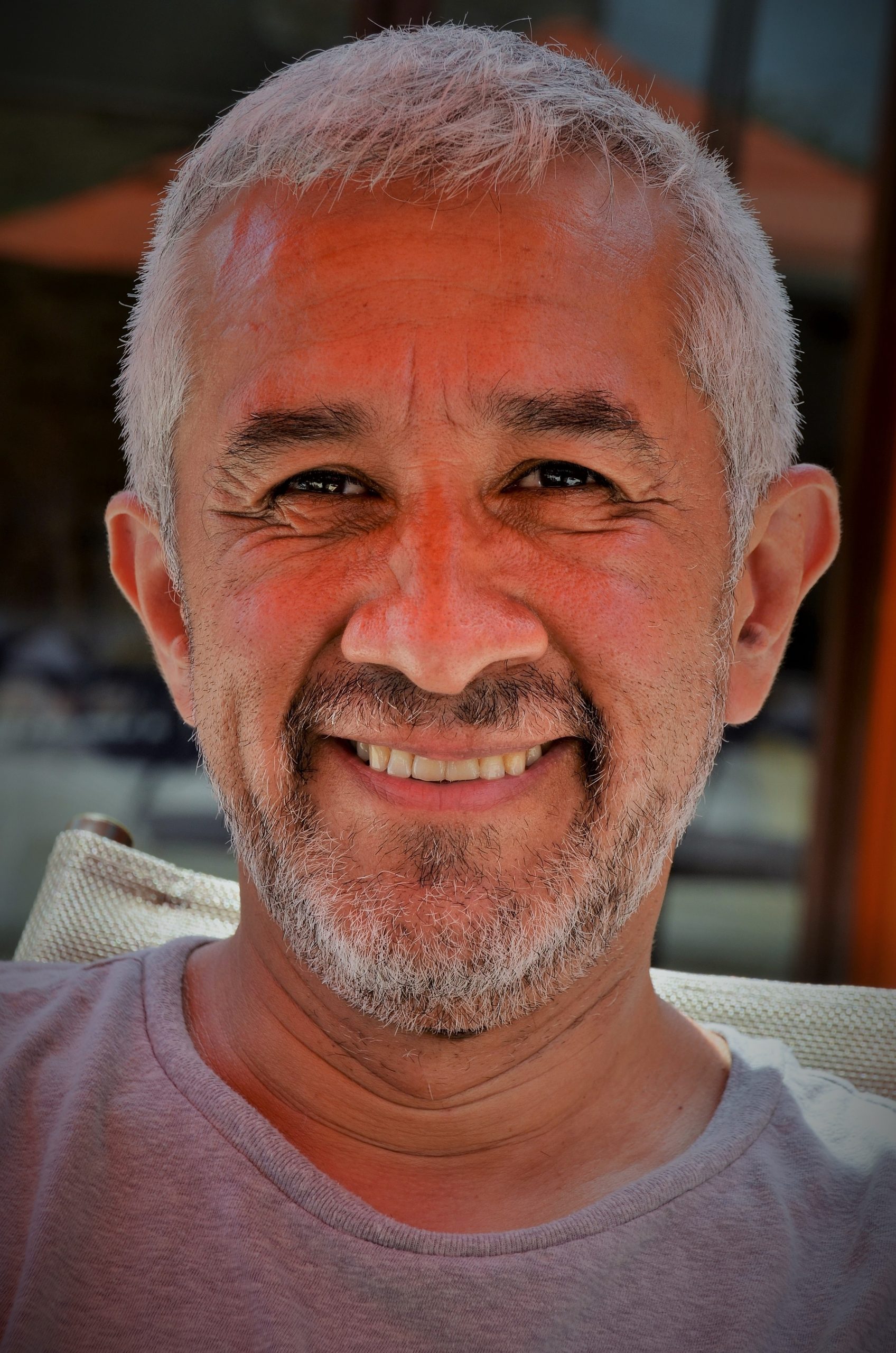 The Right to Health in Prisons

Russia is not the Soviet Union

A letter from Colombia on the national strike